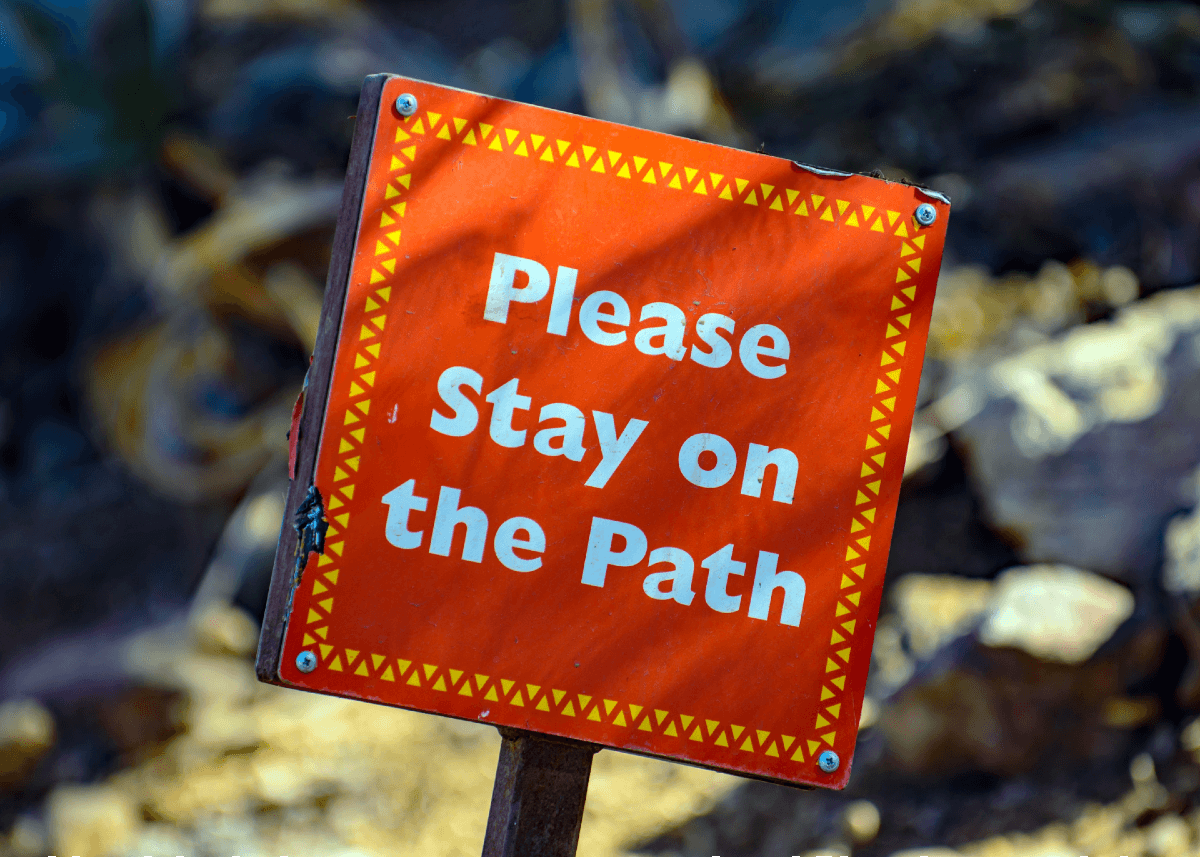 Some things you have to do meticulously ‘by the book’ in order to succeed.

Good haircuts require a lot of know-how, as many of you found out while the salons were closed.

Making a croissant from scratch without a recipe? Good luck winging that.

Filling in your tax forms: No room for creativity there (if you want to stay out of prison).

But marketing? Marketing isn’t one of these things.

In fact, quite often the most successful marketing comes from people who bravely stopped following the rules and just as bravely started doing things their way.

Frank and I talk to a lot of business owners who want help with their marketing, and in most cases it’s not that they’re incapable of good marketing without our help, but that they’re afraid of it.

They’re afraid of being called out for pretending to know more than they actually do.

They’re afraid of being thought of as too pushy, or too salesy.

They’re afraid of getting it wrong.

But if you trace these fears to their root, often they don’t originate with marketing.

They originate with a fear of being disliked.

(I’m just talking from human experience here. I’m as guilty of letting insecurity factor into my decisions as anyone.)

The truth is, it would be difficult to name a single person who makes a lot of money doing what they love…who also doesn’t have their share of critics.

But does Marie Forleo allow her critics to stop her from growing her multi-million dollar online empire? (She doesn’t.)

Does Sufjan Stevens allow his critics to stop him from writing music and releasing albums? (Thank god, no.)

And does [insert name of person who inspires you] let their critics stop them from [insert what they do]? (I bet they don’t.)

So what makes your critics so special? Are they gifted with hitherto unseen powers that you won’t be able to ignore?

Frank and I are lucky in that we attract business owners of integrity that have a great message to share.

(What am I saying “lucky”? We make darn sure our marketing attracts this type of business owner, they’re the people we love to work with.)

But they’ve not figured out how to share their message in a way that grows their business online.

The hurdle for them is not learning “marketing best practices.” It’s changing their perspective of marketing, so they come to see it as an act of love for their dream customer instead of a pushy sales pitch.

This takes finding the type of marketing that works for them—not following the rules someone else has declared as indisputable.

We all have to figure out what uniquely works for us.

The only danger is never growing your audience online, because you let fear and uncertainty stop you.

How do you make sure that doesn’t happen to you?

Start writing blog posts, or sending newsletters, or updating social media, or recording videos…or whatever it is that feels most right to you.

Don’t do what most people do, and start strong but peter out when you lose the initial excitement of doing something new.

Over time, it will become easier as you figure out what works for you and what your audience likes.

There will always be people who’ll tell you they don’t like the way you do things. That you should do things a different way—their way.

—I guess it was 1 thing really.

Now, get out there and do your marketing your way.