Is a personal brand important? Think of it like throwing a party… 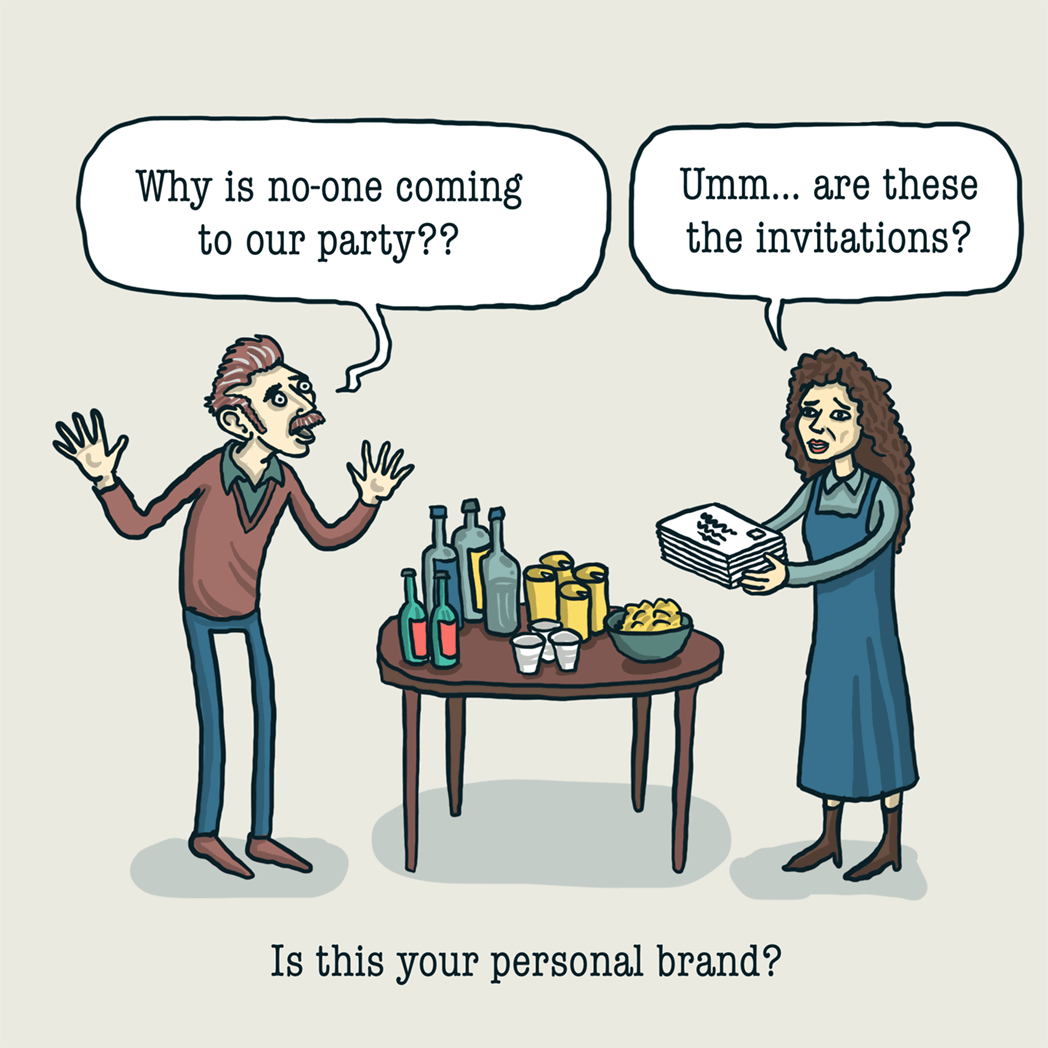 Remember parties? You know, those times pre-covid when we used to cram people into our houses and eat, sing, and dance together?

When I was younger I lived in a house-share and we decided to throw a big party on a Saturday night. But when the time for the party actually rolled around, we were freaking out, the four of us housemates sitting around awkwardly looking at each other…

Eventually though, the doorbell went and we shot to the door to let the first guest in.

After another excruciating 15 minutes the doorbell goes again. And again. And again. And it kept ringing until the house was full, the neighbours were annoyed by the music, someone had lit a fire 🔥 where they shouldn’t have, and the Guards had asked us to keep it down.

Later, everyone agreed it was a pretty epic party.

Looking back, it’s easy to say we shouldn’t have worried. After all, we had done everything required for a good party.

✅ Figured out how many we could squeeze in

✅ Made a list of the close friends we wanted to invite

✅ Told them they could bring one or two friends

✅ Reminded them about the party whenever we saw them

✅ AND we sent a load of texts in the days running up to the party to make sure they were coming.

😨 We were STILL afraid people wouldn’t come, and that was after having done all the work.

Everyone knows, you can’t throw a good party by buying drinks and snacks, putting a playlist together, and then keeping it a secret.

If no-one knows, no-one will come.

It’s not that different online.

People are the same online and offline, they’re just interacting with you through a device. That’s really the only difference.

The internet isn’t a magical place where people will magically come to your thing even if you haven’t told them anything about it.

But there is something magical about the internet… it allows you to reach out to a massive amount of strangers, and begin to make a lot of new friends.

So when you do decide to throw a party you have loads of new friends to invite.

Because you wouldn’t just invite a bunch of strangers to a party, you invite your friends. People who know you. And maybe their friends.

That’s what developing your personal brand is all about. Before you make your offer, you have to reach out and nurture the relationship. You have to grow your community. You have to surround yourself with a tribe of people who love what you do.

But you have to be the one to reach out and create that network.